What is tax code Section 7702? It’s one that deals with how Cash Value Life (CVL) insurance policies are taxed.

Would you agree with me that the best CVL policy would be one where you paid an X amount in premiums and received X + $1 as insurance coverage? For example, if you could fund a CVL policy with a $100,000 premium where you had $100,001 in coverage, wouldn’t that be great?

The answer is it would be great because you’d have virtually no costs of insurance (only $1 in coverage in my example) and where the cash in the policy would be able to grow tax free and be removed tax free through policy loans.

Back in the day, the laws allowed for massive overfunding of life insurance policies; and guess what happened? So many people were sold these types of policies that the IRS got really grumpy. They got so grumpy that they talked Congress into passing tax code Section 7702 to stop this from happening.

So, 7702 puts limits on how much cash can be paid into a CVL insurance policy before affecting the tax-free aspects of the policy.

Essentially 7702 requires an insured to buy X amount of insurance coverage based on their agent and budgeted premium. In the industry, this is called the seven-pay test. It’s a rolling seven-year test the IRS looks at to make sure enough death benefit was purchased. If you would like a multi-page explaining the seven-pay test, e-mail me at roccy@badadvisors.com.

What happens if you violate 7702? Any money coming out of the CVL policy above basis is income taxed at your ordinary rate. This alone will kill any hope of using CVL for IRA Rescue. Because of this, insurance agents and companies allowing IRA Rescue policies to be sold need a work around.

If you use a 3-5 pay IRA Rescue technique as is often used, the math falls apart even using the most aggressive assumptions if you don’t lower the death benefit after the premium-payment period.

Let me give you an example—if you have $1 million in your IRA and implement a three-pay IRA rescue, that’s $333,333.33 a year in premiums. The 7702 required death benefit to avoid the growth from being taxable is, let’s say, $5 million. That’s very expensive coverage for someone who is, let’s say, 62 years old. If you keep the death benefit at $5 million for even a few years after the final premium payment is made, it will kill the cash value in the life policy and destroy any hope of getting significant money from policy tax free in retirement.

Re-issuing the policy—the only legal work around to this is to have the insurance company essentially re-issue the policy assuming no premiums going forward. If you do this, the 7702 7-pay test is re-calculated using the premium that’s already been paid and the death benefit is allowed to be lowered (thereby allowing the money to grow tax free and be removed tax free in retirement).

What’s the problem? In order to re-issue an insurance policy that is a few years old, the insurance company has to declare a “substantial change in circumstance.” This isn’t necessarily the rarest of occurrences. Think of a 45 year old who budgets $15,000 a year for seven years into a CVL policy to be used as a retirement tool, and then think of what happens if this person becomes disabled or loses his/her job. Are either of these circumstances a “substantial change in circumstance”? Sure. So, that would make sense to re-issue the policy to provide relief to a consumer.

In the IRA Rescue situation, I would submit to readers that it’s impossible to intentionally create a “substantial change in circumstance” and have that work under Section 7702 of the tax code.

There is no change in circumstances in IRA Rescue. It was planned from day one to drop the death benefit down in year four using my example. How could a policy owner get into court and say under oath that the drop in death benefit wasn’t a planned event? How could the insurance agent testify truthfully to this?

They can’t. They’d both have to lie, and they should lose there “substantial change in circumstance” argument.

When that happens, the IRA Rescue plan will blow up in their faces. 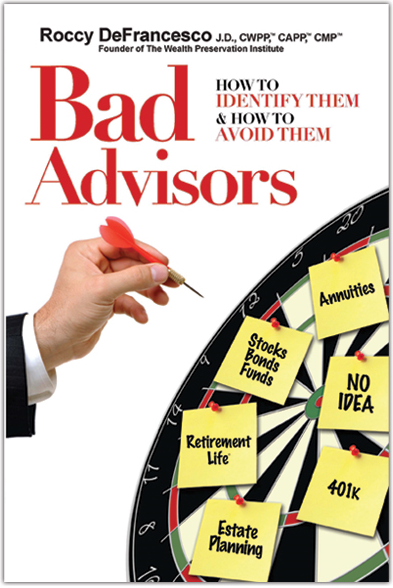